Q. Are Architecture 2030 and the American Institute of Architects (AIA) part of the same organization?

A. In response to its research, Architecture 2030 developed and then issued the 2030 Challenge in January of 2006.

Q. How widely adopted is the 2030 Challenge?

A. Shortly after Architecture 2030 issued the 2030 Challenge, it found its first adopter in the over 80,000 member American Institute of Architects. In May 2006, Architecture 2030 worked with the Mayors of Chicago, Miami, Seattle and Albuquerque to introduce a resolution (Resolution #50) to the U.S. Conference of Mayors adopting the 2030 Challenge. In June 2006, the U.S. Conference of Mayors unanimously approved the resolution. To date, the 2030 Challenge has made a significant national impact and has been taken by many organizations including: The U.S. Green Building Council, The American Society of Heating, Refrigerating and Air-Conditioning Engineers, Royal Architectural Institute of Canada, Ontario Association of Architects, Congress for the New Urbanism, American Solar Energy Society, Society of Building Science Educators, Association of Collegiate Schools of Architecture, National Wildlife Federation, Union Internationale des Architectes, American Society of Interior Designers, and numerous universities, businesses, professional offices, and organizations nationwide.

Government at all levels has also risen to the 2030 Challenge. In August 2006, the U.S. EPA Target Finder incorporated the 2030 Challenge targets for building energy reduction into their web-based calculator. In December 2007, after being passed by the Senate and the House of Representatives, the Energy Independence and Security Act became law with the President’s signature. Section 433 of this bill requires that all federal buildings meet the energy performance standards of the 2030 Challenge. California’s Long Term Energy Efficiency Strategic Plan released in September 2008 includes two “Big Bold” strategies in line with the 2030 Challenge: to have all residential buildings achieve zero net energy use by 2020, and to have all commercial buildings achieve zero net energy use by 2030. The American Clean Energy and Security Act of 2009 was passed by the U.S. House of Representatives and contains language shaped by the 2030 Challenge. Other governmental adopters include: The National Governors Association, The National Association of Counties, International Council for Local Environmental Initiatives, the states of Minnesota, Illinois, New Mexico, Washington State, and numerous cities and counties.

Seventy-three percent (73%) of the 20 largest Architecture / Engineering (A/E) firms, responsible for over $100 billion in construction annually, have now adopted and are implementing the 2030 Challenge. According to a recent poll of design industry leaders by the Design Futures Council, approximately forty percent (40%) of all U.S. architecture firms have adopted the Challenge.

The adoption of the 2030 Challenge by large A/E firms has global implications. Since most of these firms are multinational, the shift towards building to the Challenge carries important economic implications, representing a significant, stable global market for high-performance building materials, products, and on-site renewable energy systems.

A. No, the main difference between adoption of the 2030 Challenge and that of the AIA 2030 Commitment is one of scope. The 2030 Challenge is specifically focused on lowering building energy consumption and greenhouse gas emissions. Although the 2030 Challenge is at the core of the AIA 2030 Commitment, the Commitment – which only applies to AIA members – encompasses other issues as well, such as incorporating water and indoor air quality requirements in every design and outlining internal policies within the firm with regards to recycling, green product purchasing and energy conservation, among others.

In addition, the AIA’s Commitment asks for actions plans and implementation steps to be documented and submitted to the AIA by committed firms “for posting on the website and subsequent dissemination.” Although Architecture 2030 encourages 2030 Challenge adopters to keep them informed about their process and progress, it is not required.

Q. But, there are so many buildings out there, how can we change the pattern?

Q. Are there any governmental rewards or incentives for energy conserving designers, energy companies, contractors, or any other people directly involved with the construction of buildings?

A. In the US, some states, counties, and cities provide incentives specifically targeted to builders and developers such as expedited permitting processes for green building, tax rebates and loans. Search by your state at the Database of State Incentives for Renewables & Efficiency.

A. There are many ways to generate support in your local community for Architecture 2030’s initiatives.

#1. Adopt and implement the 2030 Challenge to show your commitment to reducing energy consumption in the Building Sector.

#3. Spread the word. Architecture 2030 welcomes you to provide information, photos, and other content related to major transformations of the built environment in relation to Architecture 2030’s work, the 2030 Challenge, and the 2010 Imperative.

If you are organizing a grassroots effort around the 2030 Challenge,  or any other Architecture 2030 initiative or would like to know about similar efforts in your area, check out, get in touch via email at info@52.198.65.136.

Q. What should I do after adopting the 2030 Challenge?

A. Architecture 2030 has released 2030 Implementation Guidelines for adopters of the 2030 Challenge.

A. Please contact Architecture 2030 for permissions information at info@52.198.65.136. All material is protected by copyright and must be designated as such. The term “The 2030 Challenge” is a federally registered trademark, solely owned by Architecture 2030, the organization that solely developed and issued it. According to Federal trademark laws, the term “The 2030 Challenge” cannot be used by any other entity in any manner that would create confusion in the marketplace about its ownership, nor can it be used to promote another entity’s products or services without explicit written authorization by the term’s owner, namely Architecture 2030. 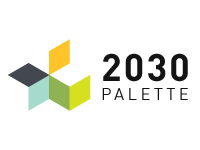 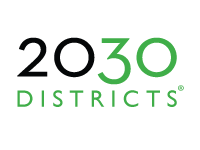 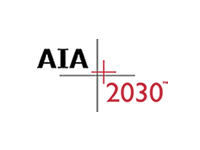